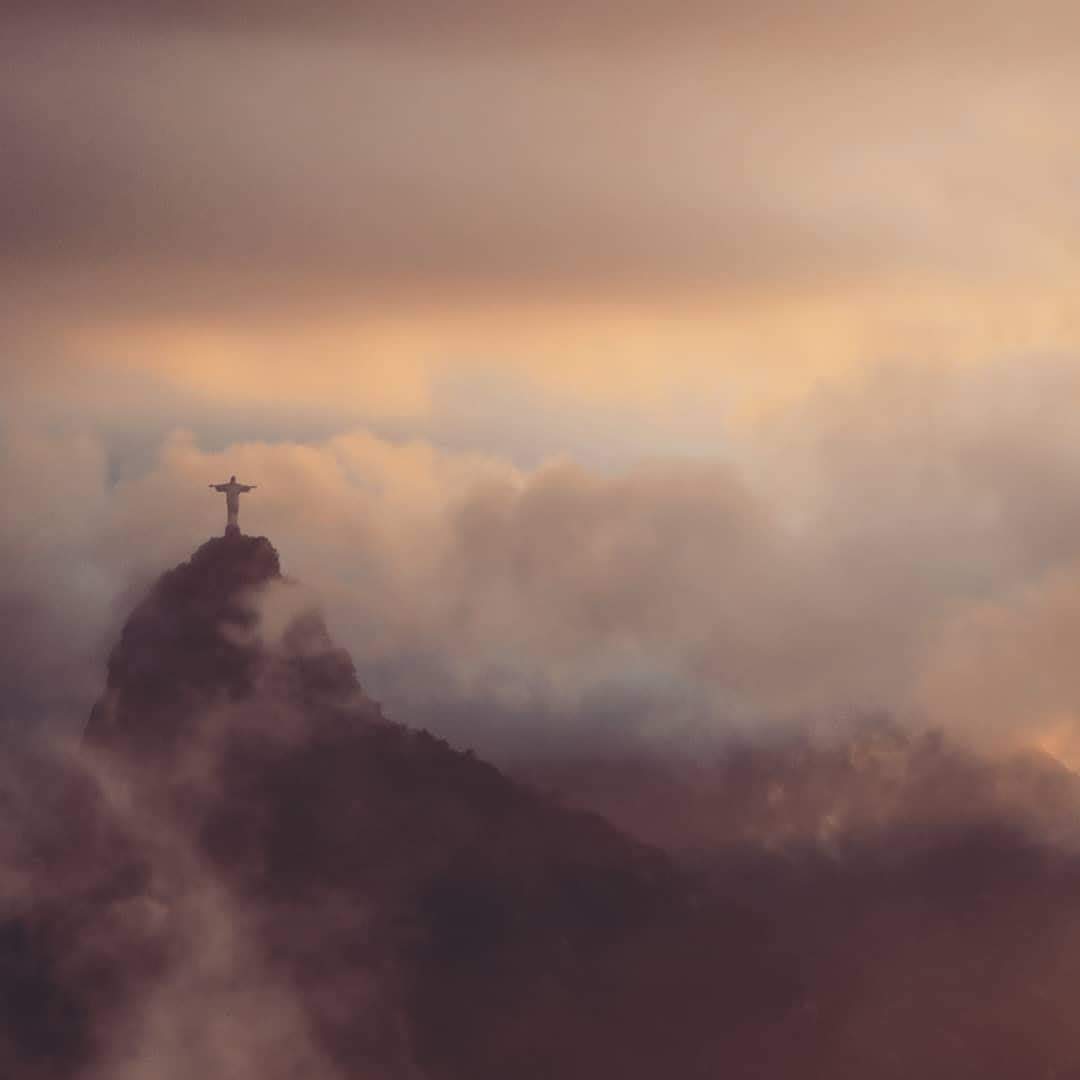 Brazil is the last country that I added to my round the world backpacking itinerary. I was not convinced I wanted to visit this dangerous country where people get robbed at gunpoint on the streets and military is actively fighting with the drug cartels. At least this is what you read on the media. However, after “surviving” a couple of weeks in “the most dangerous city in Brazil” I can tell you that the situation is not like this. Brazil is a relatively safe country and millions of tourists visit it every year.

When I visited Iguazu Falls I’ve actually spent a couple of days in Brazil. The common backpacking route in Brazil is to go by bus from there to Rio via Sao Paulo and Florianopolis. Unfortunately I had a flight booked from Buenos Aires to Rio that I could not cancel, so I had to skip the state of Sao Paulo. 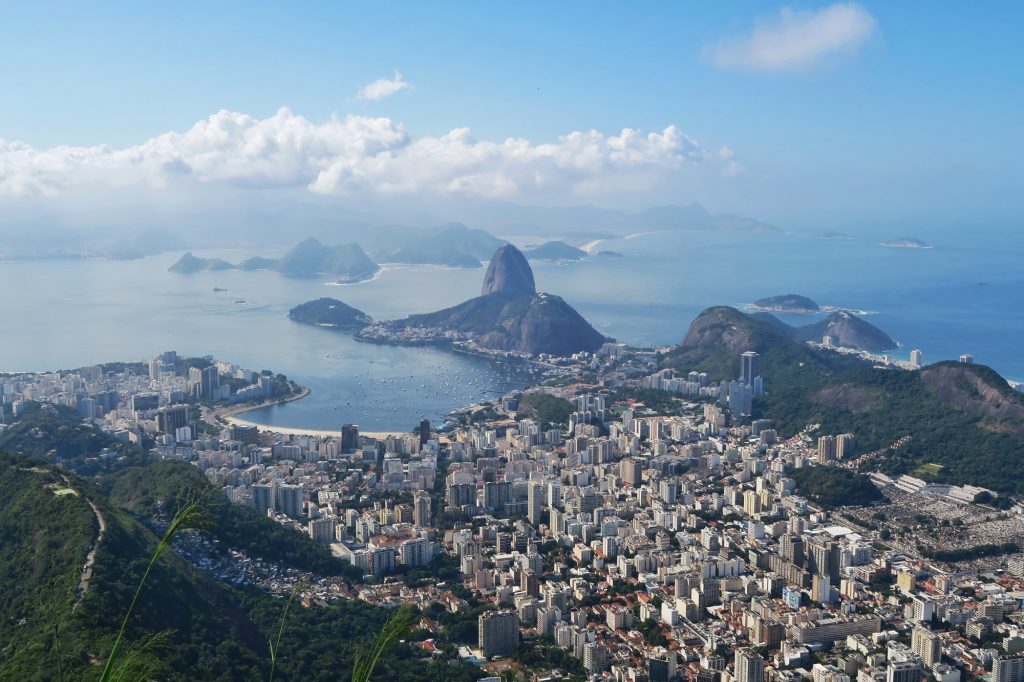 Now Brazil sits comfortably at the top of my favourite countries. The food is good (have you ever been to a churrascaria?), people are nice and welcoming (but don’t speak Spanish with them, they get angry) and the nature is very pretty. Oh, and the caipirinhas…It’s one of the drinks that the more you drink, the more you like it! It is basically cachaça (40% alcohol) with a bit of lime and sugar. The good thing is that you can buy it in half litre cups at the street stands. The bad thing? It usually gives you a horrible hangover! It’s a shame I couldn’t spend more time in Brazil because the “winter is coming” and I have to be in warm places before the snow falls.

I can honestly say that I fell in love with Rio and I think it is one of the most beautiful cities in the world. What other city has better beaches than Copacabana or Ipanema, mountains that you can hike, incredible view points like Sugar Loaf or Christ of the Redeemer, good nightlife and unique culture? All these you can find in Rio and one week is not even enough to even visit the main attractions.

The backpacking scene in Rio is different from what I imagined and safer than I thought. I don’t know if this changed recently or it has always been like this, but I felt quite safe most of the time. During the day you are safe almost everywhere in Rio and during the night if you take taxis or subway and avoid some areas you should be fine. I’ve even been to a football match and there were no incidents and a lot of kids and women attending.

The botanical garden in Rio

The lagoa in Rio

The biggest grafitti in the world

On the other hand, I met people who went to favelas or favela parties at night and saw people with guns. Those places are not for tourists and they are definitely less safe. The risk of being shot is low, maybe lower than some parts of United States, but as a tourist it’s recommended to stick to touristic areas.

One exception is the Favela Santa Marta. This is the one where Michael Jackson filmed the video for “They don’t care about us” song and one of the first drug free favelas. It is quite touristic and safe to visit, especially with a tour. in the past few years this favela has received a lot of investment in urbanisation and the standards of living here are higher compared to other favelas.

The rail car entrance going to the top of the favela

The Santa Marta favela tour was an interesting experience. Most of the favelas are on the steep hills of Rio and when you look from the bottom or above you can clearly notice the contrast with the rest of the city. The favelas have a high density of tall houses with exposed bricks that seem unfinished. Once you start walking inside you feel overwhelmed and claustrophobic. You are like in a maze, with narrow streets surrounded by tall buildings, going up or down the steep steps. Many houses have their doors and windows open and you feel like everyone is watching you. Sometimes a dog starts barking at you. But then you see kids with colourful backpacks coming back from school running up the steps or an old woman hanging wet clothes outside to dry. You can smell the freshly cooked food from someone’s kitchen. All these changes your perception of favelas. These are just neighbourhoods where many people live a normal life.

A few hours away from Rio, Ilha Grande is the perfect escape from the city life where you can enjoy the sun, the sea and the beautiful forest. Abraao is one of those small island villages by the beach, with unpaved sandy roads, a small square, a church and surrounded by nature. It is definitely a much safer and chilled place than Rio.

The boat tours are the most popular activity here. There are so many beautiful beaches and lagoons around Ilha Grande and to see them all you need two or three days. The jungle is also very nice and there are a few cool hikes to the waterfalls and some remote beaches.

Paraty is not a party place, as the name might suggest, but a small colonial town by the coast. Back in the days, it was an important port for shipping out the gold mined in the area. When the gold rush was over, it became abandoned for a little while. That helped to preserve the architecture and the city was later rediscovered as a touristic place and it was added to UNESCO World Heritage list in 2004.

Paraty walk by the river

The river in Paraty

Walking on the paved streets give you the feeling of being hundreds of years back in time. The houses and the streets are very well preserved, including a few very old churches. A bit outside the town, in the jungle you can visit some waterfalls and the Gold trail to the mines.

Maybe not as important as travel vaccination, travel insurance is one thing I recommend having when traveling for long periods. You are exposed to many more risks than at home and it is important to be covered in case something unexpected happens. Travelling is about enjoying your time and you want as less stress as possible.

The travel insurance covers you for different kind of risks, from theft/loss of your belongings or passport to flight delays and trip cancellation. These are kinda standard for all the providers and will probably be subject to some excess. The most important, however, is the medical cover. Imagine that you have a bike accident or an infection or even get dengue fever. A few days in a (private) hospital will most likely cost over 1000$ even in cheap countries. That will probably mean to shorten your trip by one month or more if you can not claim it on insurance.

Another big risk is to have your passport stolen. When you are thousands of km away from home, it is almost impossible to get a regular passport to continue your trip. You will have to fly back home. I met someone in Brazil that had his daypack stolen on the beach in Rio. Passport, phone, money, everything gone. He had to fly back home to get a new passport and the flight was covered by insurance.

As for every contract, it is very important to read all the clauses and the activities you are insured for. If you are planning to hike at over 3000m altitude, do extreme sports or visit the Caribbeans or the US then you might need to pay extra money. Also, each activity you do must be legal. Drink-driving or without a recognized driving license means no insurance cover in case of an accident. For most of the insured categories there is usually an excess to be paid. If your cheap phone is stolen, you should not even bother with insurance.

Luckily in my one year of backpacking I never had to claim anything on my insurance. I’ve been to the doctor a few times, but the cost was low enough to pay it from my pocket. Also, during this trip my phone and my tablet broke, but the value for both was under the excess.

The insurance company I use is WorldNomads. They cover for even more than one year of travels and they have good policies. There are probably cheaper options available (my insurance was ~500 GBP for 10 months), but WorldNomads are well rated.

From Rio I’ll fly back to Santiago de Chile and head directly north to the Atacama desert at the border with Bolivia. 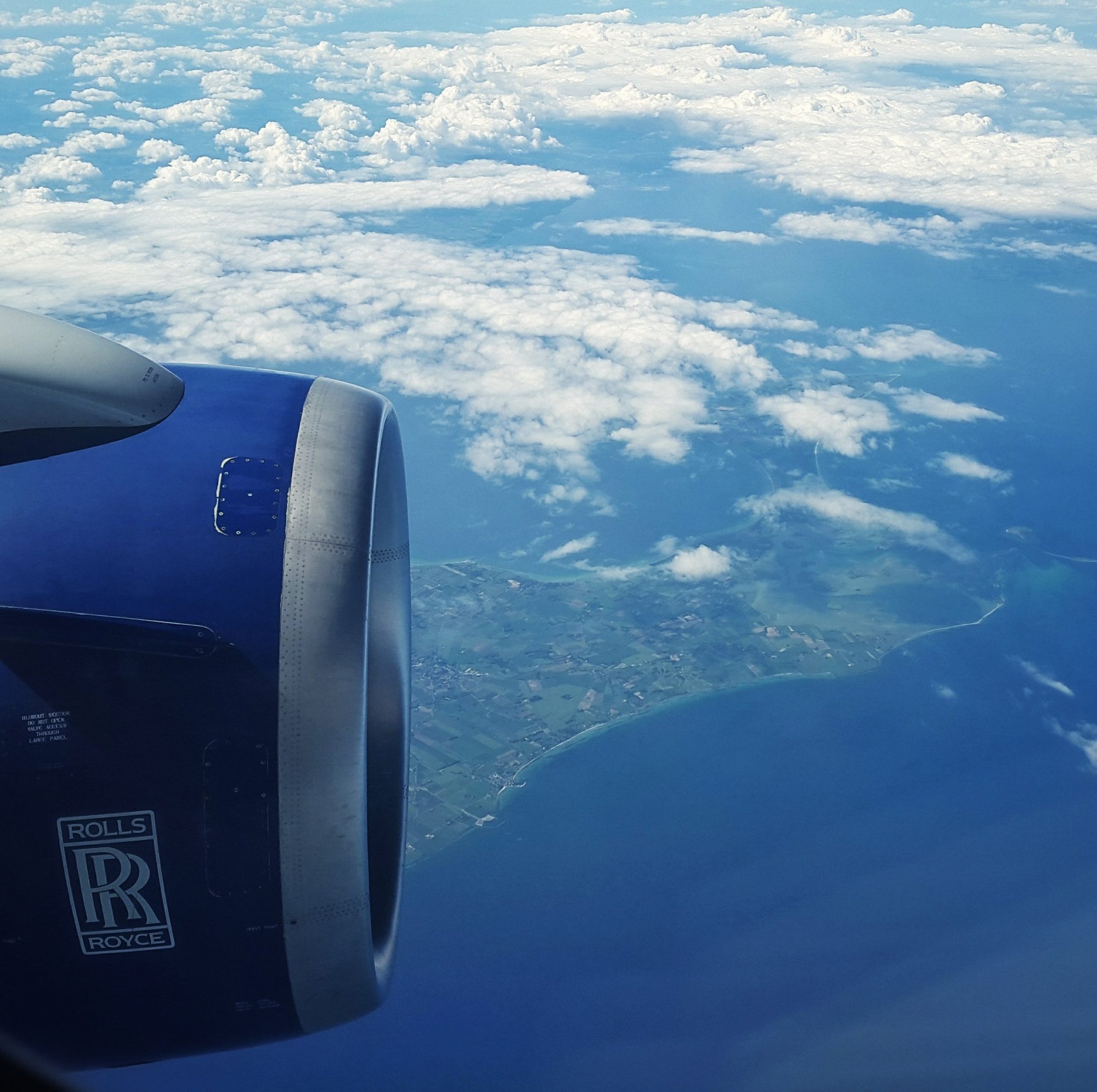 How to book a round the world ticket 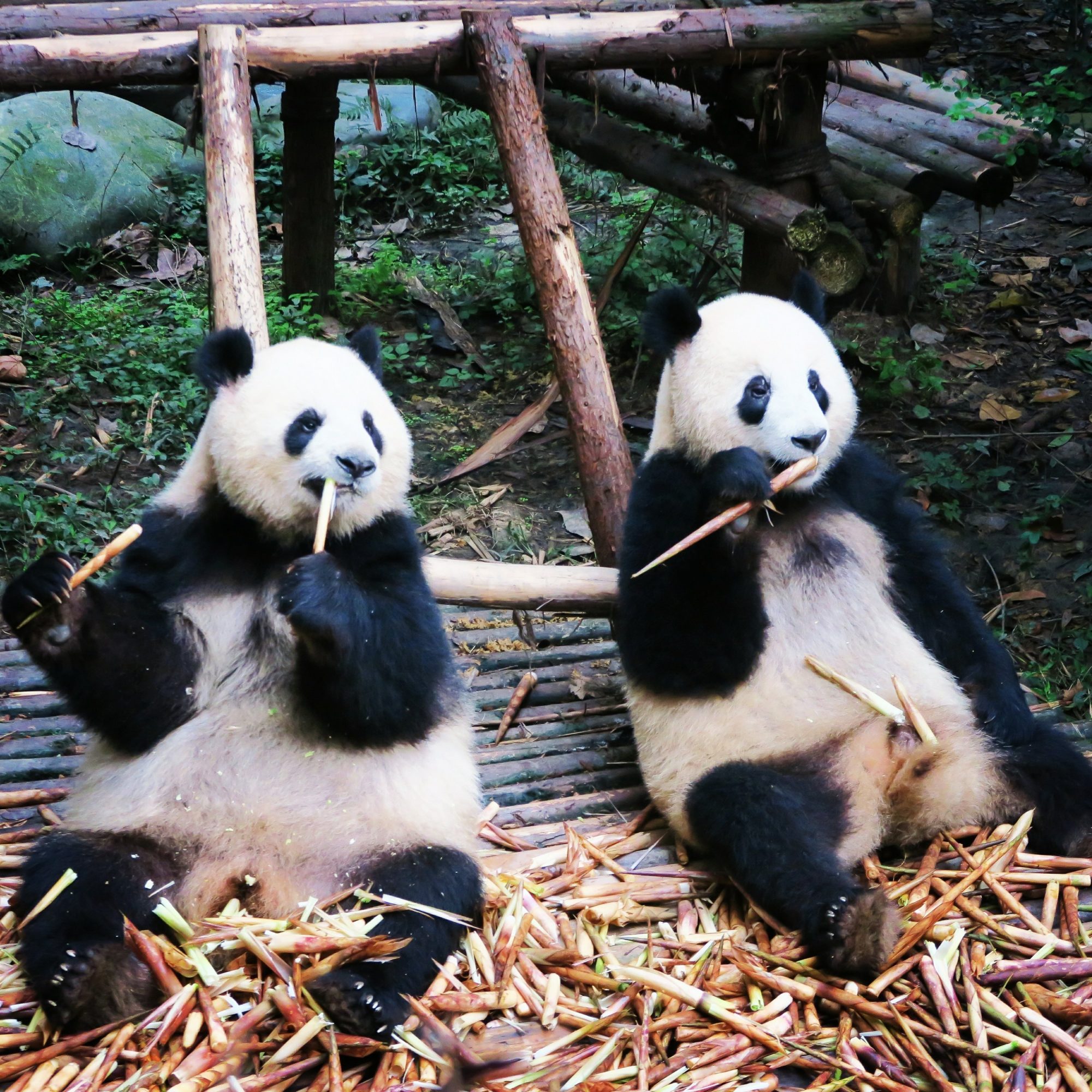 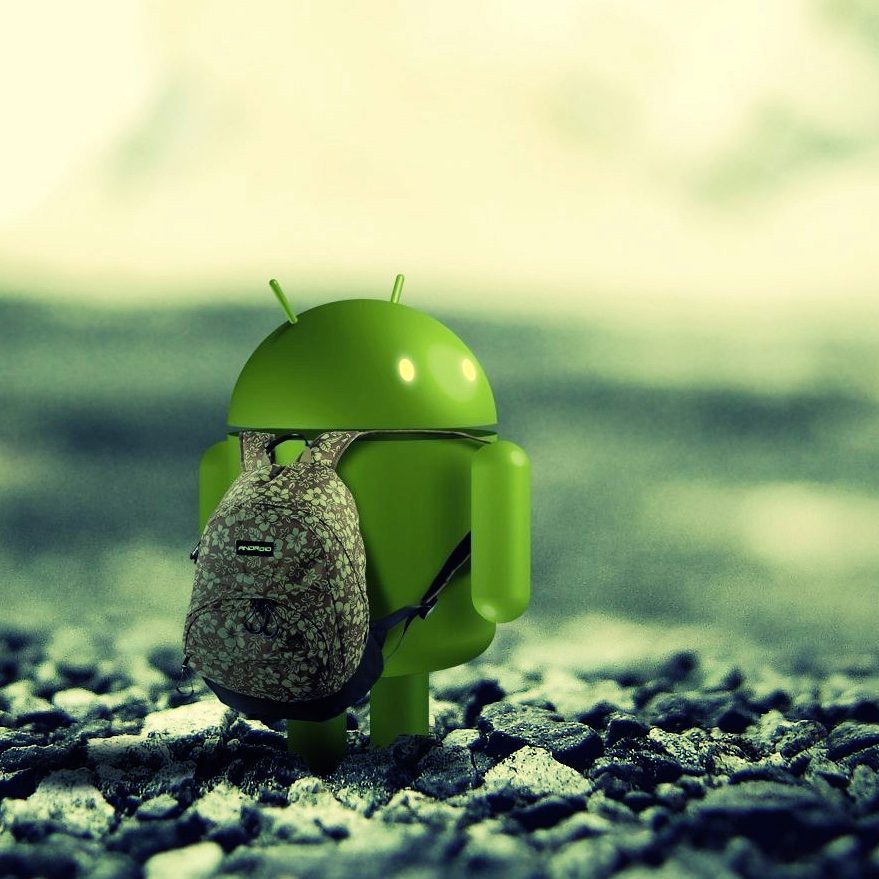 Top mobile apps to install when you go backpacking