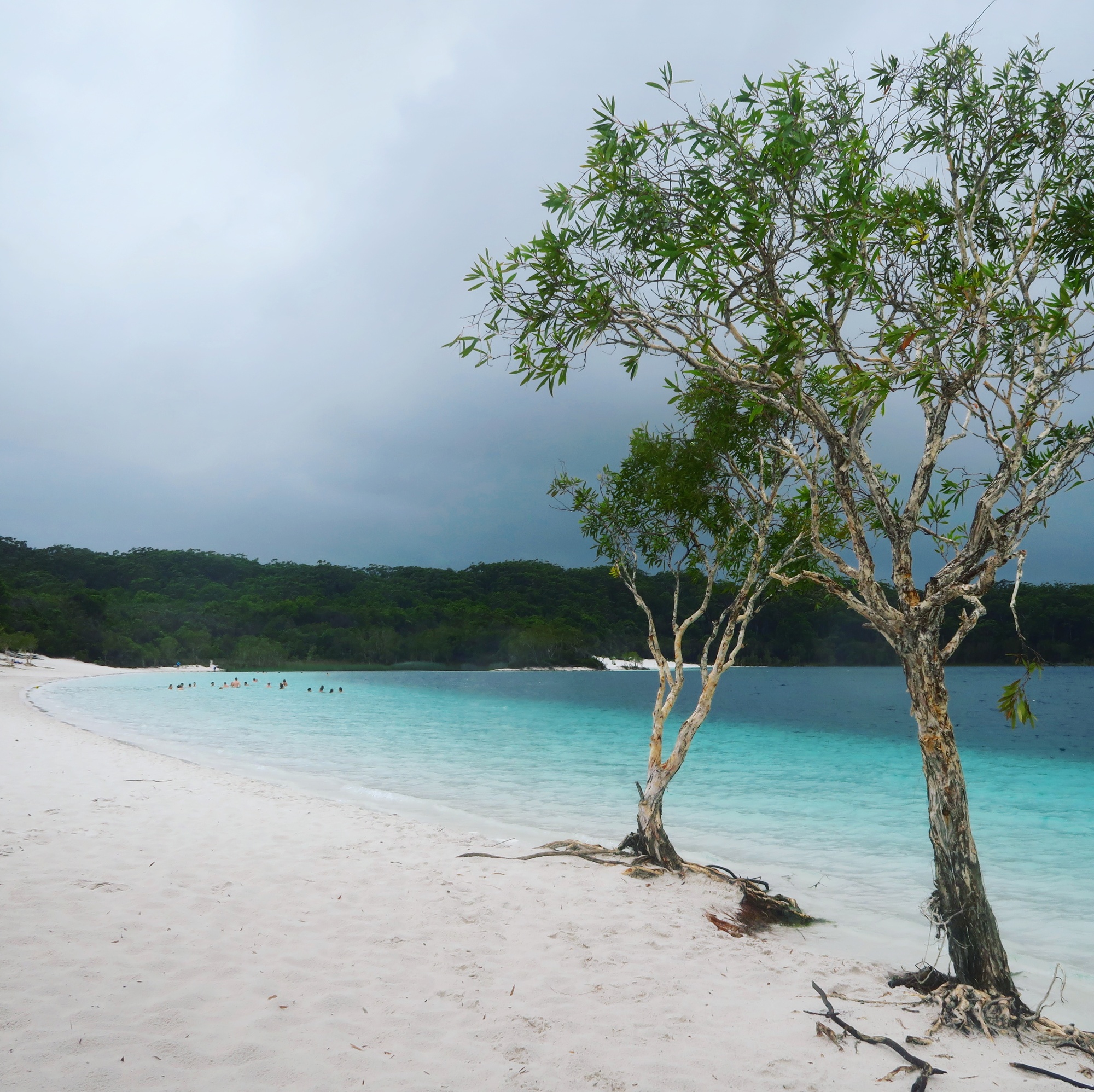 I’ve spent my last days in New Zealand a bit hangover after the massive party for St Patrick’s day in Queenstown. I flew from Christchurch to Auckland and then to Melbourne, my first stop in Australia.

As soon as I arrived I realized that I have the same problem like in New Zealand: peak season. The two tours that I wanted to do, Fraser island and Whitsundays, were already fully booked for the next 2-3 weeks. After a few days of planning, my next month was all booked. Buses, tours, hostels, everything.

Australia is the last populated continent that I was missing on my list to visit them all. Almost as big as Europe, with diverse climate and landscapes, it is a place where you can spend months to see it all. I decided to focus on the east coast, since that is the most popular backpacking route and it should be easier for a solo traveller. During one month I went from Byron Bay in the south all the way up to Cairns, more than 2000km route on the coast. Many long bus rides, a few islands, a boat trip, camping and a lot of pasta. 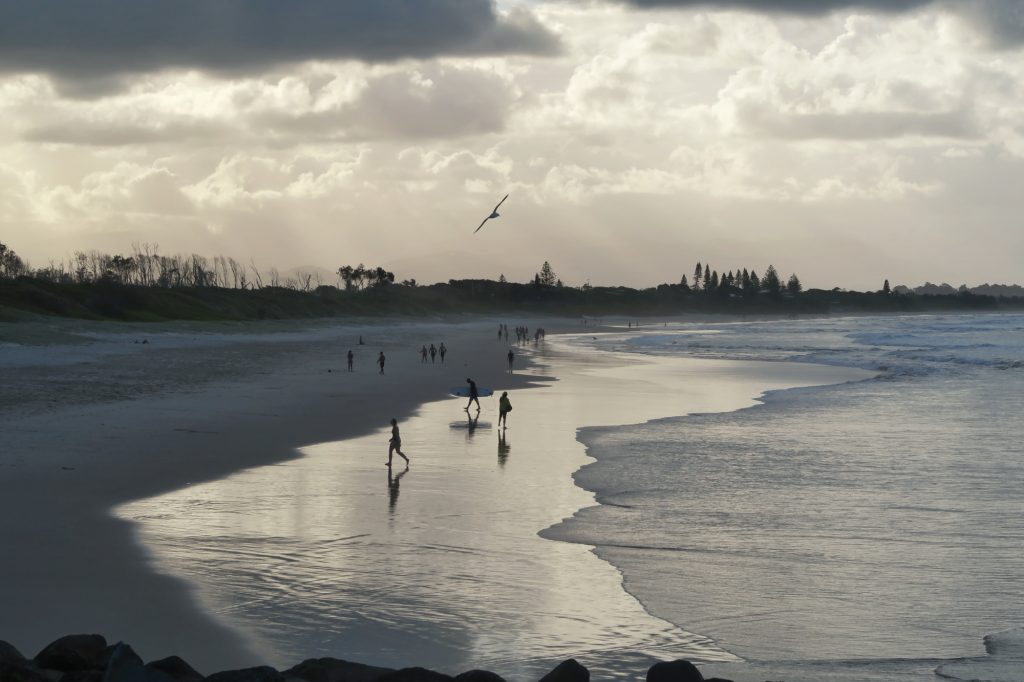 Compared to New Zealand, Australia is more fun, hostels are more sociable and people go out partying all the time. I guess the beach and the sunny weather changes everything. However, the hostels are worse. Sometimes you have to pay a deposit for cutlery and plates (WTF, I’m not gonna steal your spoon and the cereal bowl).

I landed in Melbourne around midnight and went directly to the hostel to sleep. I woke up in the morning, put some shorts and flip-flops on and went in the city to buy a sim card. I soon realized that not everywhere in Australia is warm all year round and Melbourne is one of the cities with four seasons. Everyone was dressed properly for autumn and I was the weirdo in flip-flops and shorts.

I only spent one day in Melbourne and I really liked the vibe of this city. It is a medium-sized city, with cool places to hangout and considered the food capital of Australia.

I started my east coast adventure in Byron Bay, one of the most famous surfing spots in Australia. With a cool hipsterish vibe, this place is the best representation of a surfers’ town, at least in my mind. There are so many things to do in Byron Bay, from surfing to hiking, partying on the beach or just eating good food. You can’t really get tired of Byron Bay. As a cool fact, it is the most eastern point in mainland Australia.

View from the light house

The lighthouse in Byron Bay

Next stop, “Surfer’s paradise”. I think it’s a misleading name for this place. There are not many surfers and this place is far from paradise. It’s more of a Miami style resort, with sky scrapers next to the beach, inland marinas with yachts and many party clubs. Best thing about this place? Maybe the 3$ steak every Sunday and Monday at the Irish Pub.

Not as big as Melbourne, Brisbane has the advantage of being on the east coast and it has good weather all year round. Even though it is not located by the beach, the Southbank is an amazing place to enjoy the sunny days and have a BBQ with your friends. 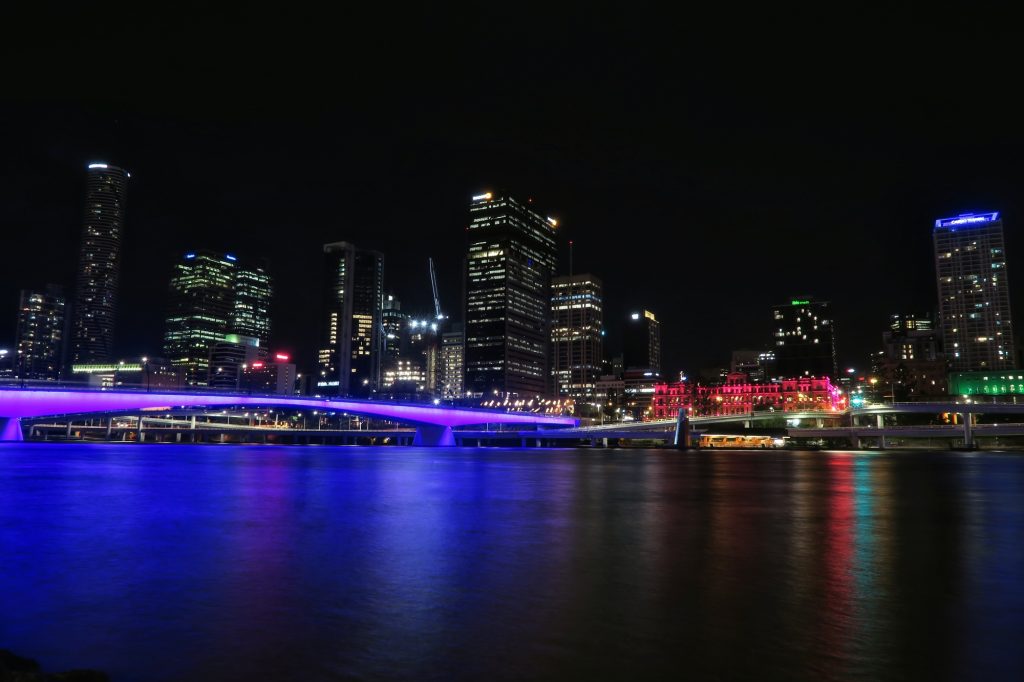 Noosa is my second favourite surfing place, even though I’ve cut my foot in the rocks while surfing there. Beginner mistake! It is a bit more posh than Byron Bay and a touristic town. The coastal walk is quite enjoyable.

The highlight of my trip in Australia is Fraser Island aka K’gari or The great sandy island or Dingo island. It is the biggest sand island in the world and part of the UNESCO world heritage due to its unique natural environment and fauna. You can find on this beautiful island massive sand dunes, rain forests, fresh water lakes, dingoes, bats and … drop bears. You can only explore the islands with off-road 4×4 cars because there are no roads and you have to drive on sand. If you are rich and have your own plane you can land it anywhere on the wide sand beaches. Fraser island is one of the few places in the world where planes can take off and land on the beach. 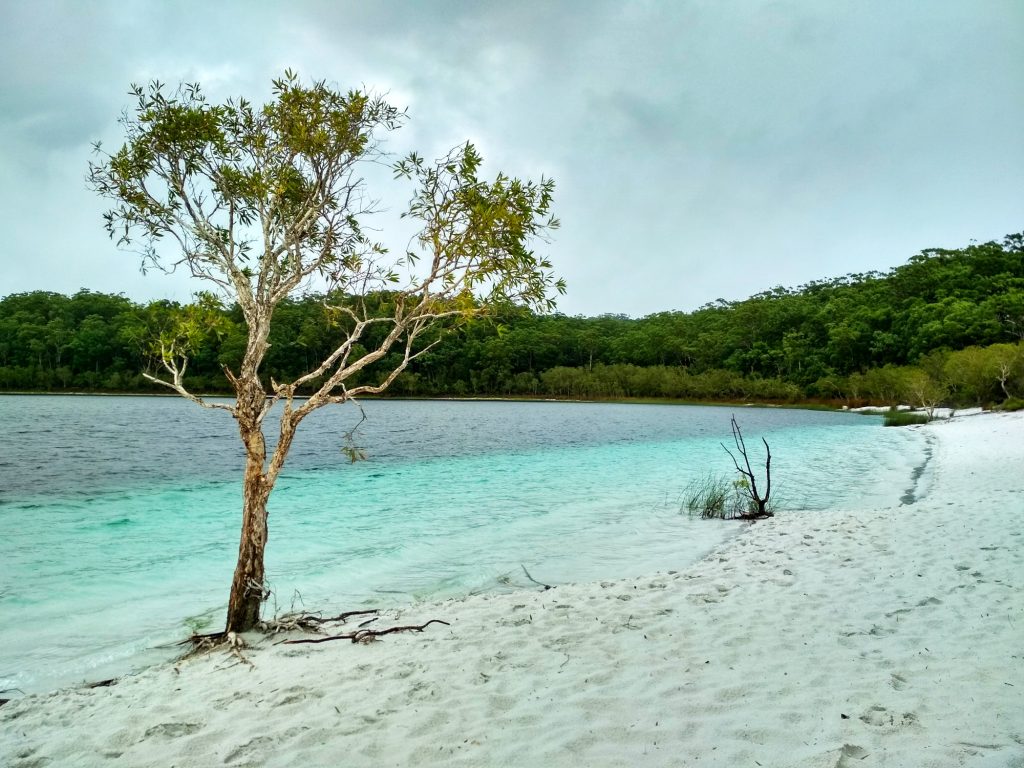 For an insignificant price of 500AU$ I booked a 2 days 2 nights tag along tour with Dropbear Adventures, a small eco-friendly and cool company. That included the chance to drive the car on the sand, accommodation in a tent, all you can eat food, lessons on how to play didgeridoo and a lot of good fun. It can be done cheaper if you rent a car and camp by yourself, but for me it was worth the money to do it this way.

The biggest attraction on the island, other than the dingoes and the shipwreck, is Lake MacKenzie. This beautiful fresh water lake with turquoise waters is probably on all the marketing flyers for Fraser Island. Unfortunately we had the worse weather when we visited this lake. It was cloudy and raining and not really the best light for photos.

The legend starts with the creation of the world by the gods Beiral, Yengingie and Princess K’gari. After they created the world in the sky, they created the human. Beiral, the great god, was not happy with humans living in the sky and told Yendingie and K’gari to create a world for them. Princess K’gari was a beautiful white spirit and did most of the work, from the sea to the mountains and all the beautiful lakes and rivers. She eventually felt in love with her creation and asked Yendingie if she can stay on Earth. Yendingie said that spirits can not live on Earth and Princess K’gari accepted to being transformed in what is today this beautiful white sand island. The two blue lakes are her eyes to look at the sky, the birds and the sound of water are her voice and the people were placed there to keep her company. K’gari translates to Paradise in the local Aborigines language.

The history of the island is more sad than the legend. Fraser island is the biggest sand island in the world, over 130 Km long. It has been populated by the migratory Butchalla people for more than 5000 years, with population peaking to 3000 people during the winter months when the food was abundant. It was first discovered by James Cook in 1770 during his famous expedition in East Australia and it was called the “Great sandy island”.

The island attracted more attention a few years later when Cpt. James Fraser and his wife Eliza Fraser capsized the Stirling Castle brig in the nearby waters. They managed to get to the island and got rescued by the Aborigines. It is not clear how James Fraser died on the island, but Eliza Fraser managed to escape with the help of some convicts. On the way back to England she wrote a best seller book about her life on the island and how “savage” the Butchalla people were. Soon the hundred years old trees on the island became a target for the British logging companies, which really upset the people on the island. The Native police in Australia started a campaign to arrest and relocate the Butchalla tribe that culminated with the mass massacre of the entire population left on the island on Boxing Day 1851.

This is only one example of the many massacres of the Aboriginal Australians in the 1800s by the British police. Nowadays, only a handful of people are left to preserve the thousands years culture and traditions. You can see many of these people playing their traditional didgeridoo in busy place for some spare change.

In 2017 the National Park was renamed to K’gari, the real name this island deserves.

I will continue to travel north on the east coast up to Cairns and they fly to Sydney for a few days. 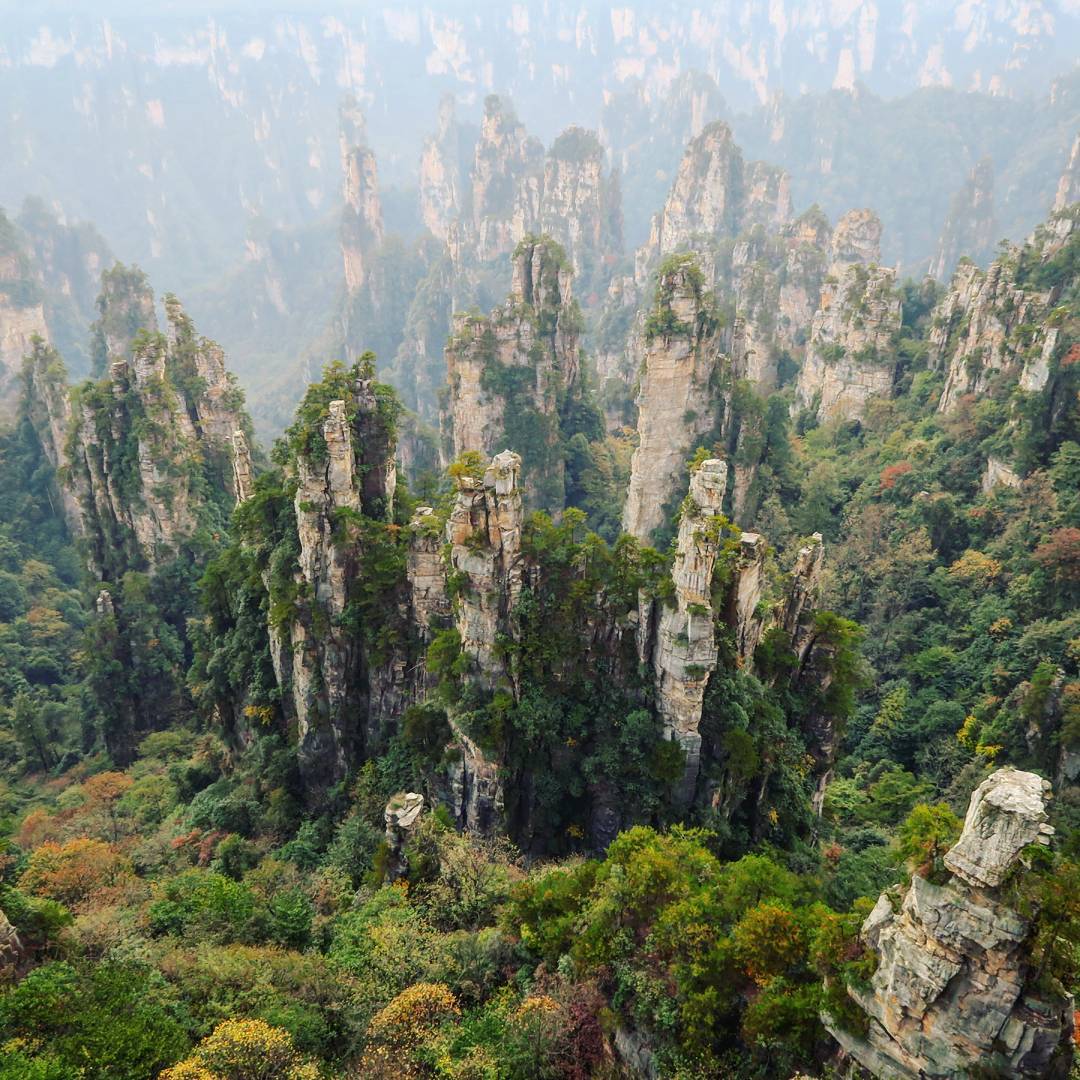 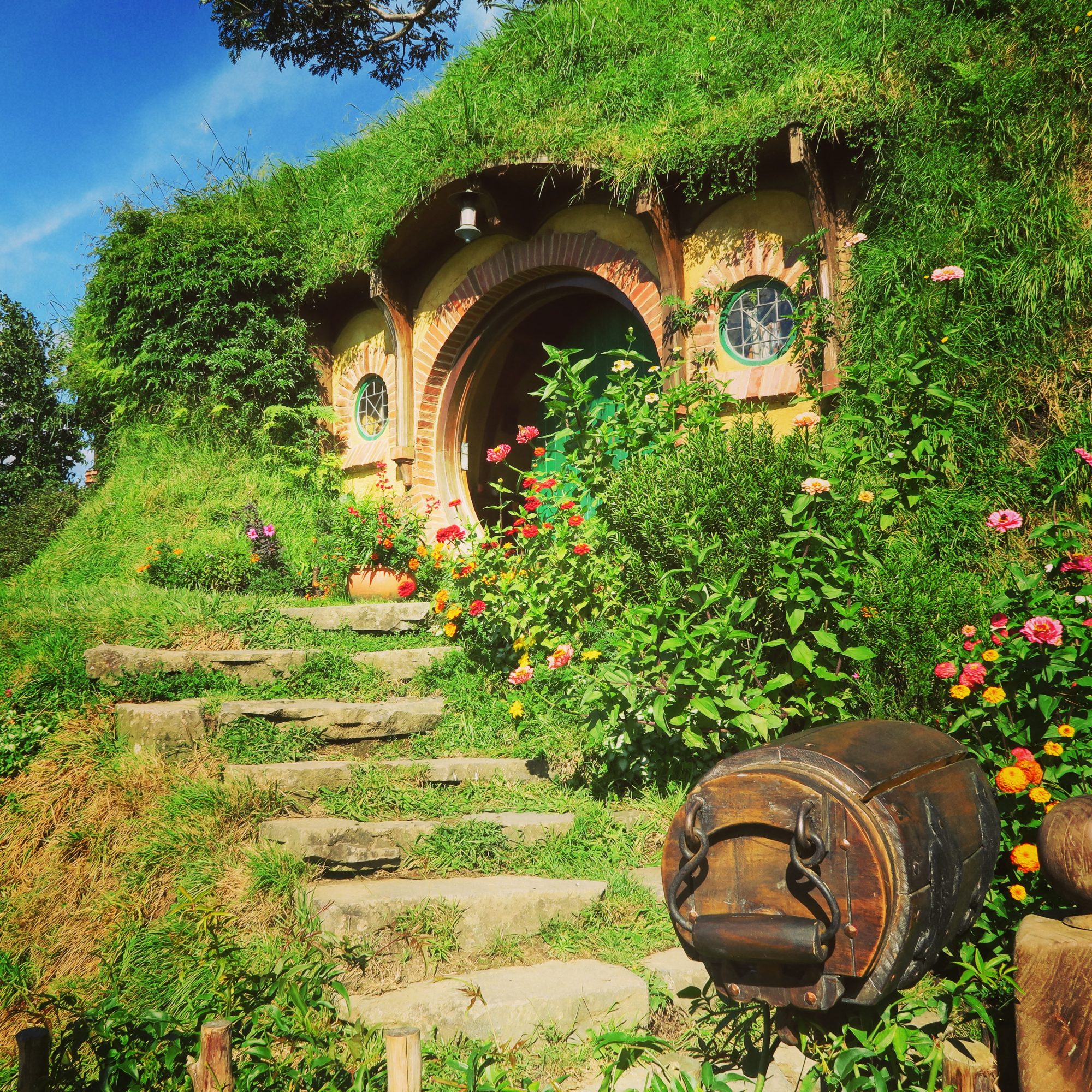 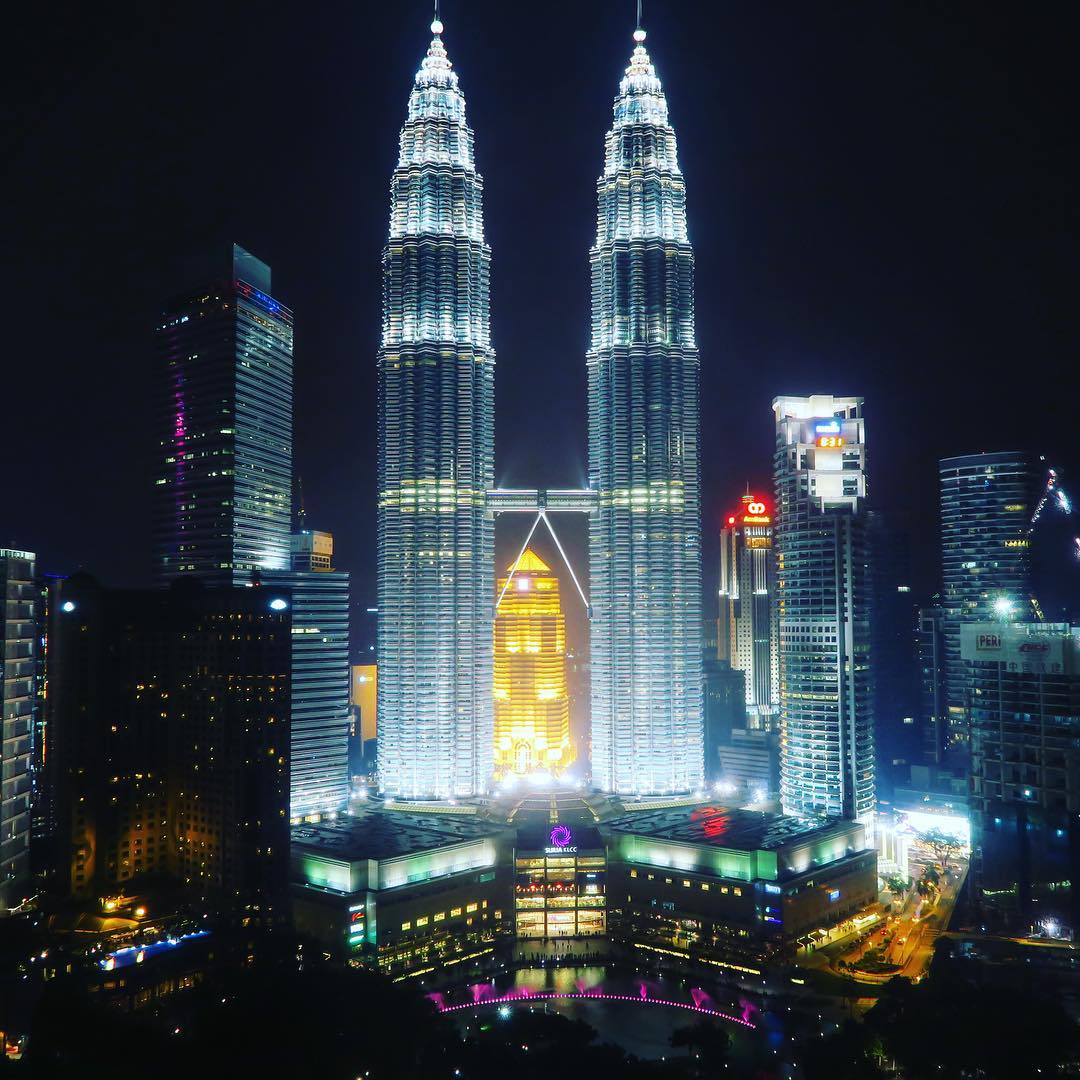 Malaysia – Between modern and old